When it Comes to Wild Salmon, Here's Why Frozen IS Usually Better than "Fresh" 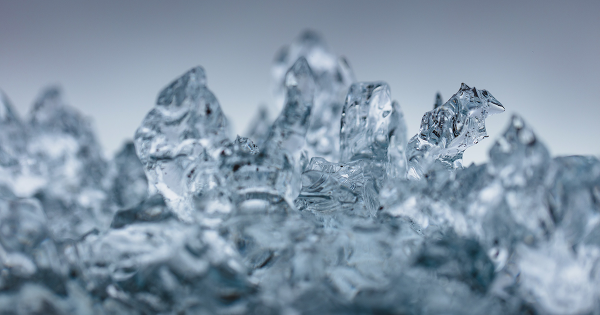 There’s no getting around the fact that the most optimal way to eat wild salmon is fresh off a catch, reclined comfortably by a fireplace with a view of the chilly, windswept coastline. However, if you don’t live in salmon fishing territory, this wild salmon scenario is simply a fantasy that you’ll one day have to fulfill through a pilgrimage to Alaska. Until then, here’s why frozen salmon beats fresh salmon any day.

Frozen is Not a Bad Word

When you’re at the fish counter looking for a fillet of wild salmon, you can bet the fish sitting on a bed of ice labeled as “fresh” is in fact a thawed, frozen fish. Believe it or not, that’s a good thing.

However, if your fishmonger insists that you’re looking at a piece of fresh salmon that has never been frozen, be very skeptical. Unless that fillet of “fresh” salmon was airlifted overnight from the fisherman as a special offering (in which case, it’s likely going to cost you way more than you’re used to paying for salmon), it ought to have been frozen shortly after being harvested from its waters to preserve it at the peak of its freshness.

By the way, this technique is not limited to salmon. For example, good quality shrimp, unless sold off the Gulf coast the day it’s caught, is also best when frozen shortly after being harvested.

The Merits of Frozen Salmon

While the idea of getting fresh fish flown in from Alaska and dropped off on your dinner table sounds like the next best thing to eating it in Alaska, this is simply not the case. The clock starts ticking as soon as the wild salmon is lifted from the water and bled. At that point, each minute that passes contributes to a diminishing return of quality on the catch. Freezing a fresh fish shortly after it’s caught is the only way to essentially lock in all the fresh goodness that wild salmon has to offer.

If you're ready to buy some of the best wild-caught, sustainably harvested salmon on the planet, click here.

What to do with Frozen Fish

We recommend first removing the packaging to allow airflow and prevent the growth of bacteria. Then, place your portion(s) on a shallow dish in the fridge for approximately 10-12 hours before you're planning to cook.

​Some of our members simply puncture the packaging (without removing it entirely) to again allow airflow, which prevents the growth of bacteria. With this method, it’s also important to thaw under refrigeration.

If you're in a pinch, there's a trick where you can take the fish out of your freezer and submerge it in a bowl of cold water on the counter (and of course, puncture the package first). It should then thaw in 30-45 minutes (depending on thickness) and be ready to cook. Please remember that it’s important to cook right after the portion has thawed and not let it come to room temperature while sitting on the counter. Note: this quick thawing method is not recommended for rockfish.

Then, get that fish in a pan or on a grill and make yourself a clean, delicious and protein-forward meal, knowing that this is as fresh as it gets… at least until that trip to Alaska finally happens.